In this tutorial, we explain how to detect and block Bitcoin mining in your PC browser

In a world where everything digital takes more strength every day and where we have at our disposal various alternatives in all existing areas, one of the most striking for a thousand reasons, is the one associated with our economy. There are thousands of options to make money in the network, some of them legally and others not, but everything related to bitcoin is taking a lot of force, so much so that the authorities of the world are focusing their efforts on how to regulate this type of virtual currency.

The Bitcoin has been designed to allow a new payment system and is a fully digital currency. It is the first network among decentralized payment pairs driven by different users without a central authority or intermediaries which makes this something, to a certain extent, delicate by not having control over it.

Within this Bitcoin world there is something called Bitcoin mining and it is not exactly a game where we must search for mines and accumulate points, but it is something much more delicate where we can be victims, in fact, the victim is our team, to function as intermediary in this process consuming the maximum resources, such as CPU, RAM, of the equipment.

Today MsnTechBlog will give some tips so that we can verify if our equipment is within this Bitcoin mining network and thus prevent the inappropriate use of resources.

What is Bitcoin mining?

Something that many people are looking for is how to invest in Bitcoin due to its sudden increases, which have been valued at more than 2000% in a few years and so you have the idea of ​​being millionaires in a short time, but not everything is easy or is as simple as it seems.

Minar bitcoins, also called Blockchain, is the process of investing computing capacity to process transactions, guarantee the security of the network, and ensure that all the participants in the business are synchronized. This task can be defined as the Bitcoin data center, except that it has been designed to be completely decentralized with miners operating in all countries and without anyone having full control over the network which makes it vulnerable.

It is called “mining”, making an allusion to gold mining, since it is also a temporary mechanism used to issue new bitcoins. However, unlike the mining of gold that many of us know about its process, Bitcoin mining offers a reward in exchange for useful services that are necessary for the payment network to work safely. Bitcoin mining will continue to be necessary until the last Bitcoin has been issued, which will take a long time to happen.

Not least everyone wants to be Bitcoin miners, just look at the statistics to see their behavior:

We must recognize that users around the world send bitcoins constantly, but unless someone registered all these operations, no one could check who paid what at a certain time which makes it an invisible process.

The Bitcoin network manages this process, recording all the transactions carried out in a given period in a list that has the block name. The work of the miners is to confirm these transactions and write them in the “ledger” which is composed of a chain of blocks.

This “ledger” is an extensive list of blocks known as the blockchain and can be used to explore any transaction that has taken place between bitcoin addresses anywhere in the world in a simple way. Each time a new block is created, it is added to the chain, creating a growing list of all the transactions that have been made throughout the Bitcoin network history.

An updated real-time copy of the blocks is downloaded to each computer or node that is providing computing power to the Bitcoin network. It is at this point that all the work of the miners comes into play since they take the information from the block and apply a mathematical formula, turning this block into something different.

This new piece of information is much shorter than the ledger and in appearance is a sequence of numbers and random letters technically called hash.

This hash is stored with the block, at the end of it, last in the chain at that moment.

Each time a user successfully creates a hash, a reward of 25 bitcoins is carried, the chain of blocks is updated and everyone in the network is notified of this.

Up to this point everything is interesting and seems like an ideal job, but some groups or users have adopted a less complex approach to obtain their bitcoins and it is to make use of the system resources of many users for mining.

This practice is called Cryptojacking and consists in that some miners install malware that an antivirus can eliminate, but others do not, however, some infections are directed directly to the browser.

In this way, crypto jacking, secretly uses our portable equipment, tablet or mobile device to extract cryptocurrencies when we visit an infected site. The latest crypto jacking technique uses JavaScript to start working instantaneously when a compromised web page is loaded, unfortunately, there is no immediate way to verify that the web page has a hidden mining component, and we may not even notice any Impact on performance, but someone has hijacked our device for digital gains.

The idea of ​​creating a crypto jacking started in mid-September when a company called Coinhive submitted a script which could start extracting the Monero cryptocurrency when a web page was loaded. The Pirate Bay torrent site quickly incorporated it to raise funds, and in a few weeks, Coinhive copiers began to appear. Now that we have seen everything, and what is missing, behind the Bitcoin world, we will analyze some ways to detect if our system is part of mining without noticing it.

Verify the mined performance of Bitcoins

The first step is to verify if there is a problem in the optimal performance of the system. If we notice that the system behaves differently when the web browser is working, this can be a clear signal of alteration. There are some symptoms that should raise some suspicions in us and these are:

If the performance of the system falls inexplicably, or if the system takes too long to change from one window to another, it hangs often and makes use of the entire network width, then we may want to do a detailed analysis.

The first option to use is to disable extensions and plugins in execution to verify the performance of the browser, and for that, we go to the Task Manager using one of the following options:

In the expanded window we go to the Performance section:

In the lower part we click on the option Open the resource monitor and in the new window we go to the General information tab and there we can see the following:

The idea is to let this section work between 15 to 20 minutes to observe in a general way the behavior of each component of the resources of the system. Once we establish a baseline, we can visit the usual websites, and be aware of how performance increases, it is normal to see occasional spikes, but if the increase is constant at any time we will be before a website that uses excessive system resources.

This point applies especially to laptops and mobile devices because if it heats up more than normal, it is a sign that we should consider doing a performance analysis. The easiest way to do it is to put your hand next to the fan and feel the temperature of the heat that comes out, another way is to control the thermal currents with specialized tools that we can download for free, MsnTechBlog offers some free:

Block Bitcoin mining in the browser

Another option we have is to block the entire process.

As you can not dismantle each suspicious website, it is possible to prevent the browser from executing these mining scripts. We currently have two main projects known as MinerBlock and No Coin. The extensions in Chrome Web Store are based on it.

MinerBlock: This add-on is available for download at the following link for Google Chrome browsers: 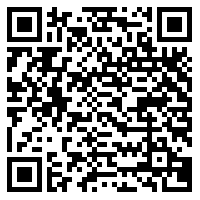 It is a simple tool that is responsible for monitoring any online mining activity. First, identify the culprit and then block their activities in the browser. It is possible to verify your configuration to create a whitelist or verify the amount of mining that has been blocked.

Firefox users can install CoinBlock which is the equivalent of MinerBlock in the following link: 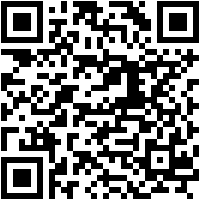 No Coin works for the same purpose as MinerBlock, with the limitation that you can set the duration of the mining session.

It has a whitelist to maintain or stop the execution of the extension while it operates. No Coin is also available for Firefox. 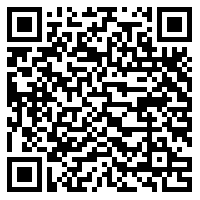 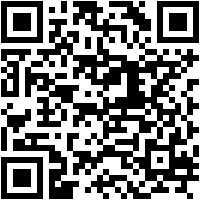 With these tips, we can avoid being victims of this new invisible attack and thus prevent our resources from benefiting users without authorization.

MsnTechBlog is operated by five professional technology writers to help our visitors on "How To Tutorials".